When Only The Best Will Do!

Jovelles is the home of the wonderful Burmese but it hasn’t always been ruled by Burmese. It all began…..

We began breeding Persians more than 38 years ago under the Carinya and Sargon prefixes. We specialized in colour bred Persians which we showed very successfully with many Best In Show awards won by cats and kittens of our breeding.

Then along came some beautiful British Shorthairs which we also bred and showed with considerable success.

Before long, the British and Persians were combined to produce Exotic Shorthairs – otherwise known as shorthaired Persians. There were some beautiful babies produced which also went on to win major awards over the years.

Eventually though, we decided to move to Toowoomba and had planned to retire from breeding.  However, our daughter’s Burmese took our hearts and we began to breed these wonderful, opinionated, intelligent and affectionate furr-persons.

Today, we have a small breeding colony of wonderful family cats and kittens. We have also re-introduced the beautiful British which have successfully taken our hearts as well. All of our babies are born and raised in our home with lots of love and cuddles. Come and meet the crew…

TO LEARN MORE ABOUT OUR BRITISH, PLEASE CHECK OUT OUR WEBSITE AT

In the beginning there were no Burmese - our love affair with cats began with Persians. 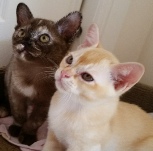 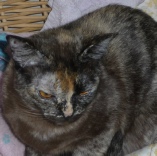 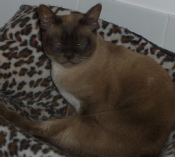 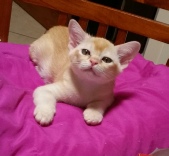